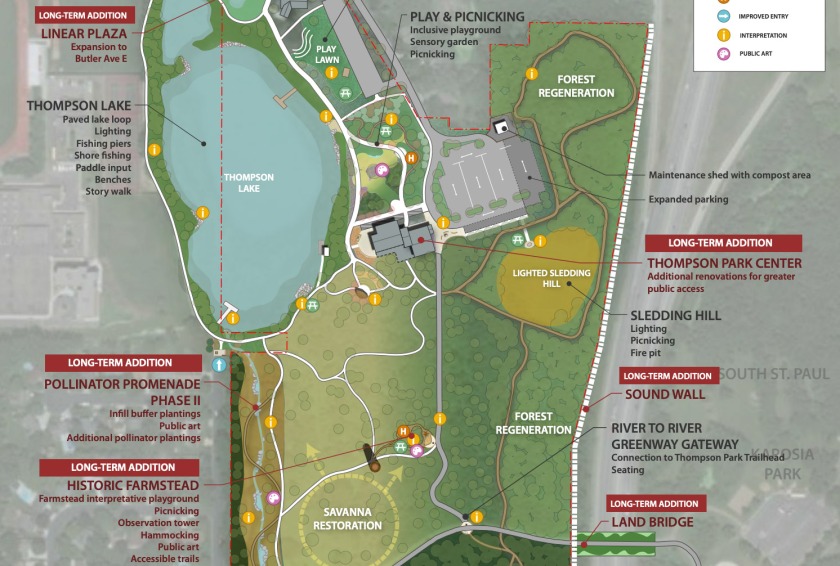 Dakota County is looking at $22 million worth of improvements to the 58-acre Thompson Park and they want your input. The second oldest park in West St. Paul—donated to the county in 1976—sees more than 55,000 visitors every year. Proposed ideas in the draft master plan include a lighted sledding hill, daylighted creek, amphitheater, increased parking, play areas, and more.

You can read the summary and the detailed, 121-page draft master plan, and then share your input via an online survey or public meetings:

You can also get more information from Dakota County.