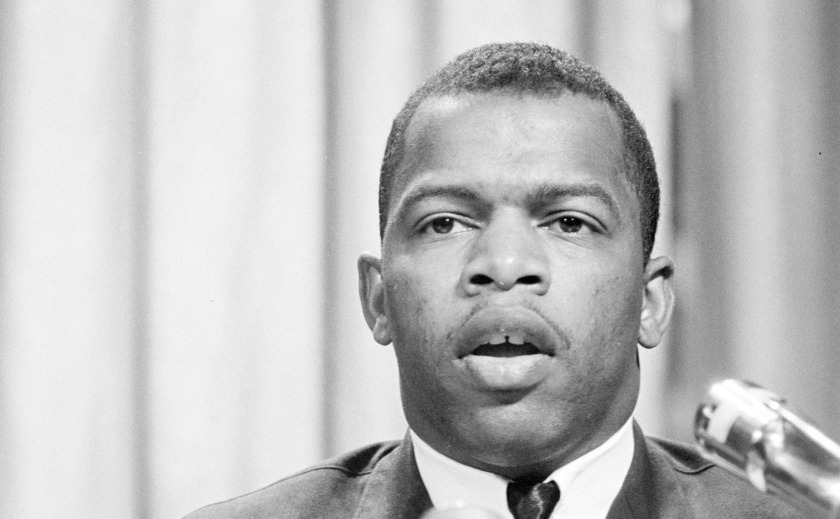 At the time, Lewis was the chairman of the Student Non-Violent Coordinating Committee (SNCC), and had been involved in the civil rights movement as a freedom rider, lunch counter protester, and more.

“The Council has stressed that if there are any persons who feel they wish more definite information about the Civil Rights Movement, both present and future, this is the man to hear.

“It was felt that with summer approaching and the recent disturbance in Watts, many are wondering what is in store for the nation in the months ahead. John Lewis is probably one of the most qualified men in the country to answer that question.”

This event came just over a year after the “Bloody Sunday” incident in Alabama, when Lewis and Rev. Hosea Williams of the Southern Christian Leadership Conference led a march of more than 600 people across the Edmund Pettus Bridge in the first stage of their 100-mile march from Selma to the capital in Montgomery.

On the other side of the bridge they were met by a wall of state troopers and county deputies who refused to let them pass. After a brief stand off, the police forces attacked, mounted troopers charging through the crowd on horseback, firing tear gas, and beating marchers with nightsticks.

Lewis suffered a fractured skull in the attack. The brutal images seen on TV across the nation helped galvanize support for the Selma Voting Rights Campaign.

Lewis would go on to serve on the Atlanta City Council and in 1986 was elected to the U.S. House of Representatives, where he still serves today. The 80-year-old Congressman announced in December that he’d been diagnosed with stage-four pancreatic cancer.

For more on the life and legacy of John Lewis, check out the March series of graphic novels and the movie Selma.