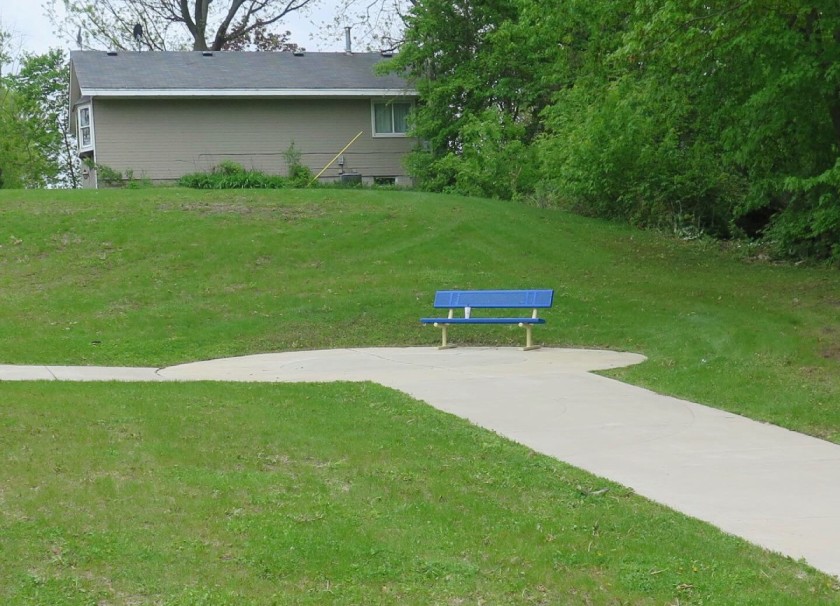 Local artist Carolyn Swiszcz is taking note of West St. Paul’s newest park—the art park on the corner of Butler and Oakdale. The park is the feature of her latest zine, Zebra Cat Zebra, in an issue title “Sad Park.” But more than complaining, Swiszcz is inviting people to the park to imagine something more.

Swiszcz and Kevin D. Hendricks, the editor of the West St. Paul Reader (yeah, that’s me!), are organizing a meetup in the art park to start a conversation about the future of the park. The informal event will be on Wednesday, July 10 from 6:30 to 8 p.m. It will include refreshments, free zines (while they last), and conversation about possible projects and funding for the park.

What’s at the Art Park?

But that’s beginning to change.

An Eagle Scout recently created a pollinator garden in the upper corner of the lot (not very visible from the street).

Then at the June meeting of the Parks & Recreation Advisory Committee, Hendricks proposed creating a subcommittee to explore grant opportunities for the park. The subcommittee already has several people willing to attend, and Hendricks and Swiszcz hope to recruit more at the July event.

With a tight city budget, it seems like grant opportunities might be the best way forward. According to the National Assembly of State Art Agencies, Minnesota spends more on the arts than any other state—by far. (We spend $7 per capita, while Wisconsin spends 13 cents.) It’s time to see some of that funding in West St. Paul.

The art park was created several years ago when the vacant lot was donated to the city with the restriction that it remain a public open space. But a lack of funds kept the city from doing more than putting in sidewalks and a bench.

The July 10 event is a tentative first step, but it could be the start of a process to secure grants and bring art to the park by next summer.