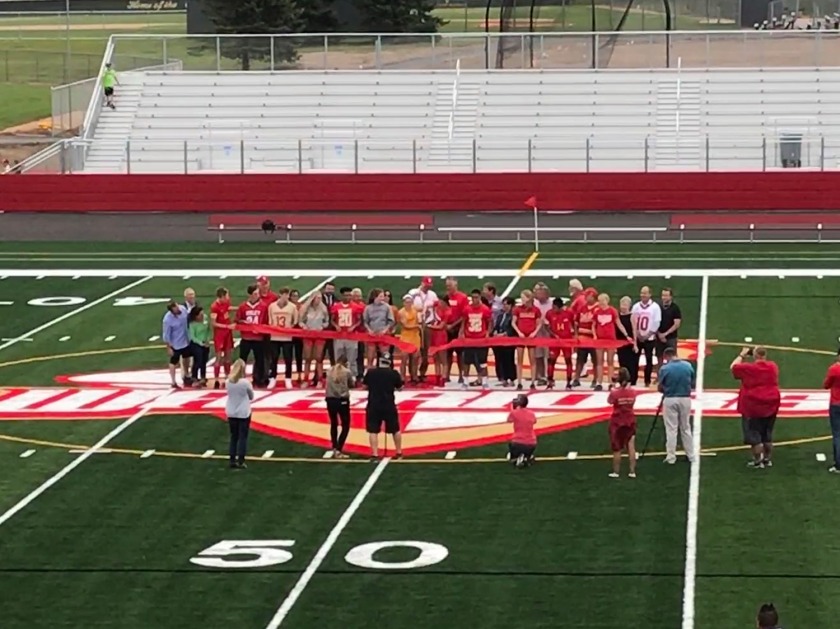 The new Henry Sibley High School stadium, Warrior Field, officially opened today with a ceremonial ribbon cutting and the first ever game on the field—Sibley boys’ soccer. It marks the return of Henry Sibley’s home field to the actual high school campus after 48 years.

Before Warrior Field, Henry Sibley’s home field was some two miles away at Charles Matson Field, across the street from Heritage Middle School. This was the original location of the high school, but when the school moved to Mendota Heights in 1971, the stadium stayed in West St. Paul. Matson Field got a shoutout during the ceremony.

The new Warrior Field, dubbed “The Hill,” is part of a much larger facilities improvement project approved by voters in May 2018. West St. Paul schools Garlough and Moreland also saw improvements this year, with Heritage beginning construction next year.

The celebration continues tomorrow with the first home varsity football game of the year and the Warrior Rally, featuring food trucks, games, activities, and more.