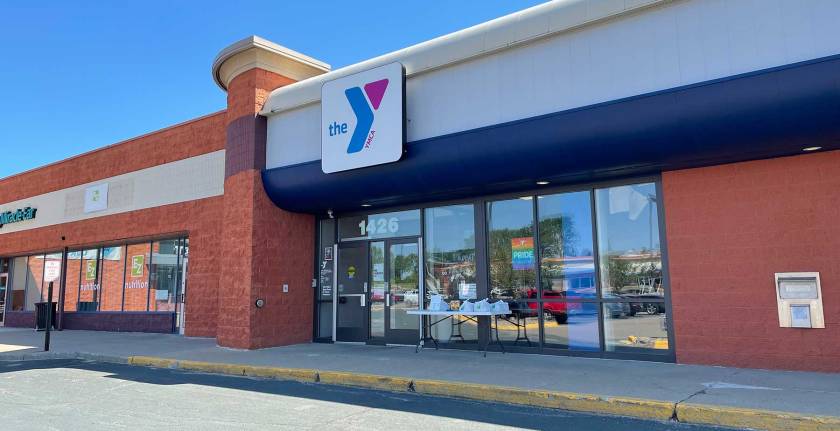 Thanks to The North 40 Tavern for their support. A north woods tavern somewhere in the middle of a big city. They regularly rotate tap beers, so stop in to see what’s currently flowing.

The YMCA is closing their temporary West St. Paul location and having an evolving conversation about a permanent facility. The temporary location opened in 2019 after they sold their old West St. Paul building to Hy-Vee and opened a temporary facility across the street from West St. Paul in Inver Grove Heights.

“We were committed to an operational model that wasn’t viable for us to continue,” said Mike Lavin, vice president of operations for the YMCA. “By taking this step, it actually provides us opportunity to serve at a greater capacity within our communities so that we can show up in spaces and places where people are instead of having people needing to come to a location.”

The last day at the temporary space will be October 28. All West St. Paul YMCA employees will be offered roles at other YMCA locations.

Hy-Vee demolished the 50-year-old YMCA building in 2020, but then backed out of plans to build a new West St. Paul store earlier this year. The City of West St. Paul is purchasing the property in order to control future development.

According to the YMCA’s announcement, after the pandemic they are rethinking how they serve the community. They are focusing on services “outside the walls of a traditional Y center through new places, programs and platforms.”

The YMCA listed examples of how they are still committed to West St. Paul, including:

“We can start to show up more throughout the community as well as being in spaces and places that people would not think of where the Y would show up and that, to me, is an opportunity,” said Lavin. “On a sad day, that’s an opportunity that is going to hopefully brighten us in the future as we go forward.”

“Our Y had hoped through our extensive efforts to identify a partner by this time to build a new Y in West St. Paul,” said Glen Gunderson, president of the YMCA of the North. “We have had discussions with the school district, Dodge Nature Center and various municipalities that have not yet come to fruition. We continue to meet with city leaders in West St. Paul on potential opportunities.”

The City of West St. Paul has had early conversations about a community center with various partners, but City Manager Nate Burkett said “anything substantial would be at least several years out.”

“We have been talking about community needs and wants and are looking at partnerships for providing services in addition to what we already do together,” said Burkett, when asked about working with the YMCA.

The city had multiple conversations with the YMCA prior to selling their building, and nothing came together then.

“We know that to best serve our community—collaboration is vital,” said Gunderson. “We continue to examine opportunities to partner with organizations in our community to make a difference in people’s lives.”

It’s likely going to require a partnership to create a permanent facility, something that’s been done in Maplewood, Elk River, Forest Lake, and other cities. But changing needs also means showing up in new ways.

The YMCA highlighted the pandemic has changed everyone’s approach. Many fitness centers are used less and the YMCA has seen evolving needs. They’ve seen value in virtual programming, have engaged seniors more, and developed new outdoor programs in different spaces.

“Those are how partnerships can evolve and how the YMCA can show up differently when we’re not just committed to four walls in one location,” Lavin said. “Those are the types of things that we’re working on and we’re willing and wanting to sit at the table and have those conversations with organizations and communities that are looking for those types of programs and gaps to be filled.”